Hit enter to search or ESC to close
Our projects

Reconstruction of the Tropins’ Former Estate 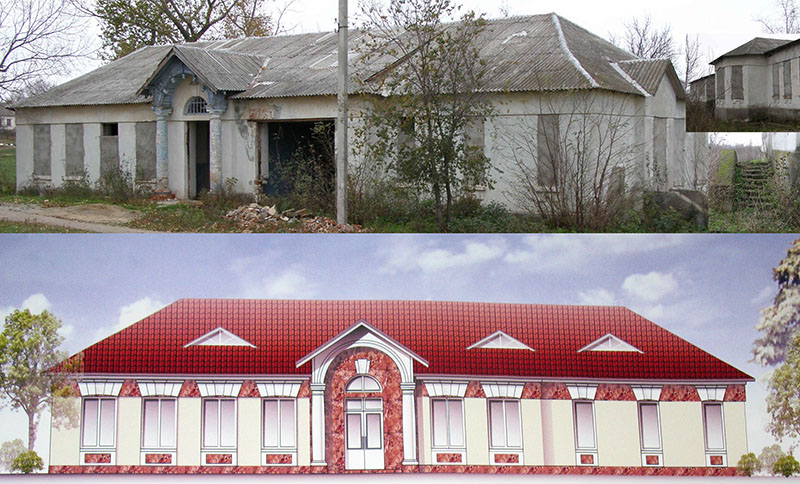 The team of Pryingulsky RLP is restoring a historical building, the former estate of the Tropins. We are eager to create a tourist, environmental education and nature protection centre here.

The former estate of the Tropins is a complex of historical buildings and constructions and an interesting visit object. It is built after a simple architecture design, but it is one of the oldest buildings in this region.

The cellar, striking with the solidness of old-time construction, is already restored: the floor is cleared out; new windows, wooden table and benches are installed. It is pleasant to have a meal here on a hot summer day.

To protect the main building from vandalism its windows were partially bricked up.

The main building and its utility constructions need significant reconstruction.

Funded by the Regional Special Purpose Environmental Protection Fund, the directorate of Pryingulsky Park has started the reconstruction of the main building’s roof. But it is the very beginning of essential works that need further significant funding.

The directorate of Pryingulsky Park is looking for sponsorship to finish the reconstruction of the estate.

If you are interested in cooperation, please contact us by phone (+380 99 0453790 – Helena Tchuprina, tourist department officer) or by e-mail (pryingul@gmail.com). 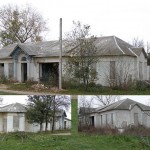 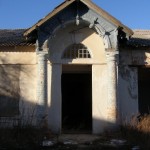 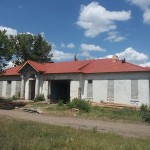 In the list of the landlords of the year 1909 there was mentioned, that to left hand from the Inhul river there were three brothers’ estates – Mykola’s, Ivan’s and Olexander’s, the Tropins.

Mykola Tropin had in his ownership 397 arpents of land. His estate was situated in front of Sofiivka village. Today there are two 120-years-old oaks grow on that place.

Ivan Tropin had an estate in Taborna ravine. He had 597 arpents of land. The major art of the year Ivan lived in Kherson, and in summer he visited his estate to maintain his farm. His estate was situated in front of modern stone open-pit mine. As a keepsake of old times there is a nice stone bridge left, it used to connect left and right slopes of the riven.

Ivan Tropin settled three wells; one of them exists till now. Water from this well makes a stream running down Taborna riven and used by the settlers of Novy Buh.

Oleksandr Tropin’s estate was built in front of Olenivka village. The third brother had 611 arpents of land in his ownership. Before 1912 he built a main building that is partially preserved nowadays. It is so called the Tropins’ estate.

Near the building there used to be a picturesque park with sandy and stone paths and a fountain. Along the paths there were flowering roses, dogberry and barberry bushes, and at the end of the park, on the Inhul bank, there was a bathhouse. In the yard of the main house there were utility constructions. A nice solid cellar has survived to the present day; it was utilised for storing vegetables. Near the cellar we can still find an old utility for salting of vegetables – cabbage, cucumbers, and tomatoes.

In summer Oleksandr Tpropin used to bring his family to the estate and in winter they lived in Kherson.

In the archive of the city of Kherson there is valuable information about the brothers’ parents. Their father Stepan Tropin was a merchant and an assessor of city council. The whole family line of the Tropins used to live in Kherson. Ivan and Mykhaylo Tropins had built at own costs a hospital in Kherson and gifted it to the local community. The hospital was opened in 1914.

During the soviet period the Tropins’ estate utilised as an office of a collective farm and later of a state farm. After 1992 it was systematically cleaned out by vandals; old doors, windows and oak floor were taken away. Old roof, covered with Italian tiles made in Marseille in the beginning of XX century, is partially preserved up to now.

In 2008 the buildings were bought by the representative of local community and gifted to Pryingulsky regional landscape park. 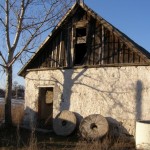 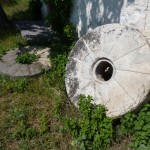 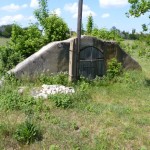 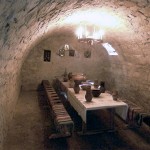 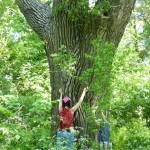 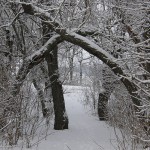 Some photos are taken from geocaching